We are at your service 7 days a week! Closed on all major holidays.

Due to increased food costs,listed menu prices are not current.

We are open for dine in and take out service daily! When calling for takeout and there is no answer, please try again a little later. The server is assisting other customers. Sorry for the inconvenience! Hours are listed below. Please make reservations for groups of 5 or more.

DRIVING RANGE AND MINI GOLF ARE OPEN FOR THE SEASON. PAY AT THE BAR.

Breezy Heights Tavern & Restaurant has received widespread attention from it's customers. We have compiled a selection of awards, testimonials and reviews for you here. 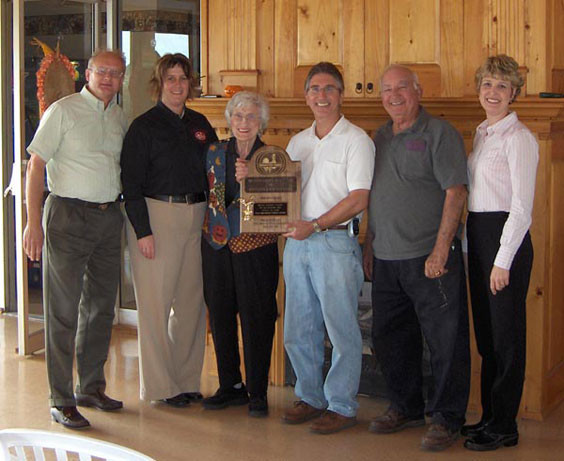 The  Broaster Company, a leading manufacturer and supplier of foodservice equipment,  fresh and frozen foods, and branded food programs, presented Breezy Heights Tavern & Restaurant in Avella, PA, with its Golden Chicken Award in a
ceremony held at the restaurant.  The Golden Chicken award is presented by The
Broaster Company to a select number of foodservice operators across the country
that have shown exemplary merchandising skills in the promotion and sale of
Genuine Broaster Chicken®, the company’s signature product.

﻿Breezy Heights, located at 714 Washington Pike in Avella, is
owned by Dominic and Alice Esposto, who purchased the business in 1954.  At that
time, the tavern had been in operation since 1927 and the only food item sold
was a hot ham and relish sandwich.  In 1959, the Esposto’s decided to expand and
remodel the bar area, and then in the following year, purchased their first
Broaster® pressure fryer – a huge, 2-well, propane heated model which they
finally replaced in 1998, after cooking thousands of their
“1/2-chicken-in-a-basket” and “10 wings” specials, which they originally sold
for a mere dollar per order!  The Esposto’s contacted Chuck and Lynn Griffiths
of CJS Sales in New Castle, PA, the authorized Broaster distributor for western
Pennsylvania and the surrounding Tri-State area, for assistance in purchasing
the latest of their two Broaster Company manufactured pressure fryers.

While the restaurant has offered a full menu since 1993, it
still sells an average of 600 pounds of chicken per week!  According to son Rick
Esposto, Breezy Height’s manager and co-owner, the fast paced lifestyle of
families and married working-couples has allowed Breezy Heights to prosper, as
dining out has become a necessity instead of a special occasion.  Rick adds,
“Our one-of-a-kind Broaster Chicken®, large flavorful portions, full menu,
prompt service, and great prices, all in a home-style atmosphere, will hopefully
be leaving customers completely satisfied for years to come.” 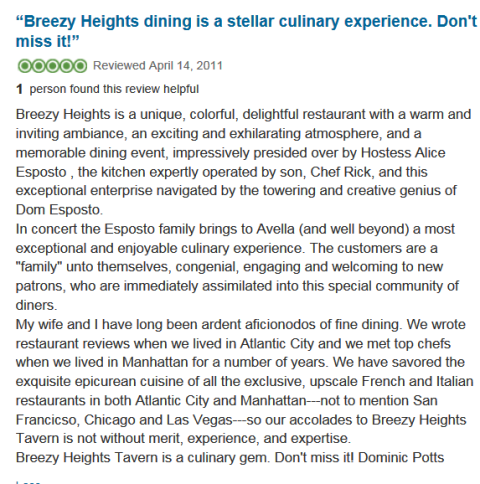 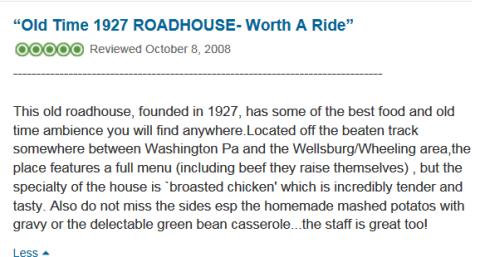